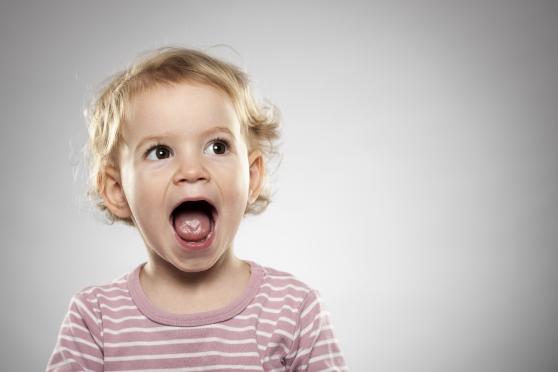 A baby has the innate ability to receive language and the innate need to interact with another human being. Already when inside the womb the baby will recognize his or her mother’s voice

The development of speech, language and communication is based on early interaction, which begins through bodily contact between the mother and the baby. The adult creates the framework for interaction, but the baby can also influence the interaction through temperament and activities. The baby learns to follow the direction of the adult’s attention and to direct his or her own attention towards the same object: through this process the observations become shared and can be talked about.

According to a Finnish study, background noise diminishes a toddler’s ability to process what is heard in a way that can influence speech discrimination ability as well as the subsequent language development. Small children are particularly vulnerable to noise, which means that particular attention should be paid to acoustics and background noise reduction in their daily environment.

Before becoming verbal, a child expresses himself through facial expressions, gestures, sounds (babbling) and action.
At one year of age, the child knows his or her own name, understands approximately 50 words, might produce some words, acquiring new words is slow.

At two to two and a half years of age the child produces 250-450 words (although individual variation is great), speech contains small sentences, articulation is not developed. Understands speech considerably better than can produce it.

At 3 to 4 years of age, the child speaks in understandable sentences, produces words from different parts of speech. The sentence structures are complicated and the child produces stories and converses. There may be some defective inflected forms in the speech.

At 5 to 6 years, the child speaks fluently and clearly, slight articulation defects may be present. Has a wide vocabulary and knows many concepts. Knows the grammatical regularities. Uses the language in a versatile fashion: converses, negotiates, rhymes and plays with language. Is beginning to master the basics for reading and writing.