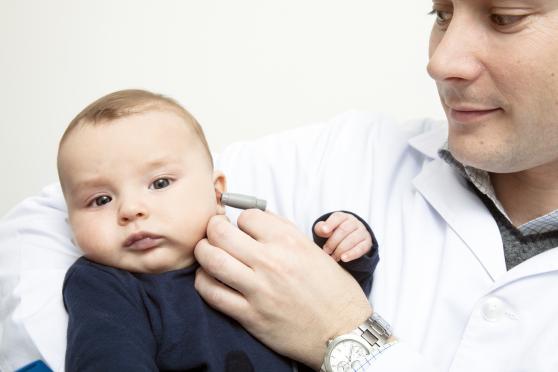 The aim of cochlear implant programming (also: mapping) is to define the electrical stimulation levels created by the implant. These are set on the basis of direct or indirect feedback from the implant user. For adults, the intensity of electrical stimulation is often evaluated on the basis of verbal feedback (e.g. quiet – good – too loud) and for children, the child’s reactions to sound stimuli are observed.

The auditory nerve response measurements measured for the implant system may also be used to support the programming, which give objective information on the hearing system’s response to electrical stimulation in addition to the above-mentioned subjective feedback. Because the cochlear implant programming has become more straightforward due to better predictability, instead of programming, it is often referred to as fitting in the same way as with hearing aids.

The stimulation levels of a cochlear implant are individual and will vary between the electrode wire’s different contacts. Stimulation levels’ contact-specific variation is often referred to as a map. The levels are affected by the location of the electrode wire in the inner ear and the amount of stimulation-responsive nerve cells. The intensity of the sense of hearing produced by the cochlear implant is affected by, for example, the amplitude of the electrical pulse, duration, amount of stimulating electrode contacts at a certain time, used stimulation speed (amount of pulses per second) and the chosen comparison electrode.

The first stimulation levels are set when the implant is activated approx. 1 month after surgery. During the first year of rehabilitation the levels are set several times at follow-up visits (e.g. 1, 6 and 12 months after surgery), and thereafter when necessary. For children, there are more follow-up visits. At the adjustment visits, it is aimed to ensure the adequate coverage of different frequency sounds, and the maximum speech separation ability is to be achieved with the device.