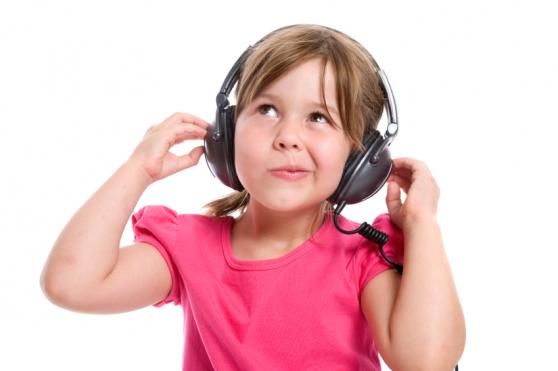 Modern hearing examination methods allow for the screening of congenital hearing loss or hearing loss that occurs soon after birth at a very early stage. According to international standards hearing loss should be diagnosed and rehabilitation started by the time the child is six months old. Many factors have an impact on whether this goal is achieved or not, but the development of new screening methods does allow us to administer hearing test to newborn babies now.

Since the year 2000, hearing loss screenings for newborn infants have become increasingly commonplace at Finnish maternity wards. Methods suitable for screening tests are based on measuring otoacoustic emissions (OAE) and/or auditory brainstem responses (ABR).  Screening tests are primarily an attempt to improve the early diagnosing of moderately severe and severe hearing loss.

If the parents suspect that a child may be experiencing a loss of hearing or the possibility is raised by a screening test, the child’s hearing should be tested at a specialist medical facility as soon as possible.

A pediatric hearing habilitation unit is sometimes a part of the hearing center at a university hospital. They are equipped to test even very small infants.

In sound field audiometry a hearing aid acoustician observes how the child reacts to sound stimuli. The volume at which the child reacts to a child is called the reaction threshold. The reaction threshold is always higher that the hearing threshold. The younger the child, the bigger the difference between the reaction and hearing thresholds is. At a couple of months, an infant develops a localization response. At first the child will turn his or her eyes towards the source and at approximately 8 months 80% of children will turn to look in the direction of the source. The localization response is an important part of hearing tests until the child is about 2 to 3 years old.

If a test based on the localization response in unsuccessful or the child fails to react in a manner appropriate to his or her age and development level, further tests are administered, generally in the form of auditory brainstem response (ABR) test. Since the test results are not affected by sedation or anesthesia, it can be administered to a very small child. If a response to the sound stimulus can be obtained from the brainstem, it indicates that the child can hear. The screening also provides on indication of the level at which the hearing functions. The aforementioned emission screening (OAE) can be administered at any age. In recent years a number of new methods have also been employed in infant hearing screening. Many of these methods are becoming more widespread and provide data that complements older, more established methods.

Play audiometry utilizes wood blocks, computers or pictures. Often measuring the hearing thresholds fairly reliably is possible as early as at the age of three. Because children tire easily, frequencies commonly occurring in human speecj like 1000, 2000 and 500 Hz, are checked first.

A child reacting to speech does not mean that he or she hears well enough to comprehend it. Speech can still be used as a stimulus in screenings. At 1 or 2 years of age a child may start to repeat familiar words that are a part of his or her vocabulary. This provides us with information about the hearing and ability to discern speech-related sounds in the better ear. If middle ear impairment is suspected, a bone conduction hearing test is also administered. Using masking sounds is not possible when testing small children, so the hearing threshold of the unimpaired ear provides the needed information.